How DJ, From The Last Jedi, Mimics the Island Story Shark

If you're a storyteller interested in creating compelling characters and story arcs for your movies, books, and comics, I've created a narrative framework to help you achieve this goal. The structure is also a way of codifying and articulating the narrative patterns we see in movies, books, and other mediums across time. By understanding the underlying motivations, goals, distractions, and traps in a character's journey, we can create stronger and more compelling stories.

The Origin of the Island Story

In 2011, during my season owning and operating a marketing business, I developed (with the help of others) The Island Story. It all started when I was planning a group presentation about our service offering. But, I was compelled to scrap the presentation and do something drastically different as a simple version of this new story came to mind. In a sense, it was a parable of my journey in life and a way for me to help others understand who they were, where they were going and how they could get there. The story morphed and evolved in its narrative and application, but underneath this story was a framework for the journey we all traverse in this life.

When we shut down the marketing agency, I wanted to keep the story alive beyond the demise of the business, so a year after closing it, I published it as a short story and storytelling framework. And while this framework was pivotal in the life of many people's personal real-life transformation, it is also a powerful tool for crafting relatable stories.

When I first launched the story, framework, and history in 2016, my friend suggested blogging about characters in mainstream storytelling media as a way to illustrate the power of the framework and build interest. This now “open-source” narrative framework is a wonderful overlay for assessing characters. It’s also an effective tool for crafting new stories.

Since the framework was created and published, I’ve seen the different Island Story character arcs play out in different movies and tv shows, but it was watching Star Wars The Last Jedi where I saw an almost perfect overlay with the sub-story involving DJ, the hacker. 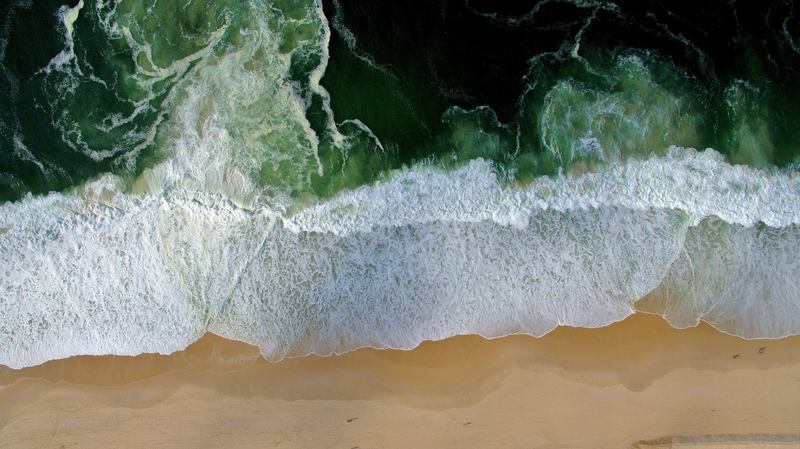 At the beginning of the Island Story, our main character wades out into the ocean (chasing a shiny object) and gets caught up in a riptide. Trapped, a character (the shark, motivated by surviving) comes out of nowhere to help our islander with a ride to a place of easy survival. While they travel together, the shark requests the islander’s compass in exchange for helping. When the islander arrives at the destination, things go wrong and our hero is caught right back in the riptide, only this time when the main character looks at the shark for help, his eyes glaze over and he joins with the other sharks in attacking. The Islander is left for dead only to be rescued by an unknown savior.

As you recall The Last Jedi, you've probably caught on about which story element The Island story overlays. In The Last Jedi (spoilers ahead) you’ll remember the sequence where Finn and Rose head to Canto Blight seeking a specific person to help them to get on board the Supremacy ship so the resistance fleet can escape without being tracked.

They end up getting caught and placed in the jail system where they’re trapped (Riptide). Turns out, there’s another hacker (a shark) in the cell with them who offers to help with their mission. They decline his offer even though he helps them escape from the jail. In their attempt to flee back to their ship, they find themselves once again trapped on the side of a cliff only to be rescued by the shark, DJ.

As they travel to the supremacy, DJ asks for a token of payment before he’ll help them. Rose gives him her sister's matching necklace (compass).  After they get to the ship for their mission, things don’t go well and they’re captured. As they’re about to be executed (by the group of sharks) they come to find out DJ has betrayed them in exchange for his freedom. Rose and Finn look at him with utter shock as the person who helped them also betrayed them. And, it turns out their death is prevented by an unknown (to them) savior as the Raddus ship slices through the Supremacy.

It's the relevance of this framework that gives it such power, and the framework is a way of codifying what naturally exists in storytelling. By understanding this underlying current, I can more effectively create powerful stories.

By having this framework, you too can create similar compelling characters in your work. If you're looking to craft a powerful story with convincing characters and storylines, I encourage you to explore the Island Story Framework for your next project. Click here to learn more about it.

If you're interested in my take on The Last Jedi, the divisive fan reactions, and the future of Star Wars, click here.