In my monthly guest interview on Ivan Alfaro's youtube channel (From Pain to Gain), we're diving into another insightful discussion about abortion. In this episode, we dive into the controversial and often avoided topic of abortion. What do we, individually and collectively, owe a child, from the point of conception to when they become a young adult?

We walk through this topic using Ivan's C.A.G.E. framework which stands for Complacency, Atrophy, Guilt, and Escape.

In this conversation, we had our friend Ross Boone of RawSpoon doodle the highlights from our discussion. You can see the drawing Timelapse below. 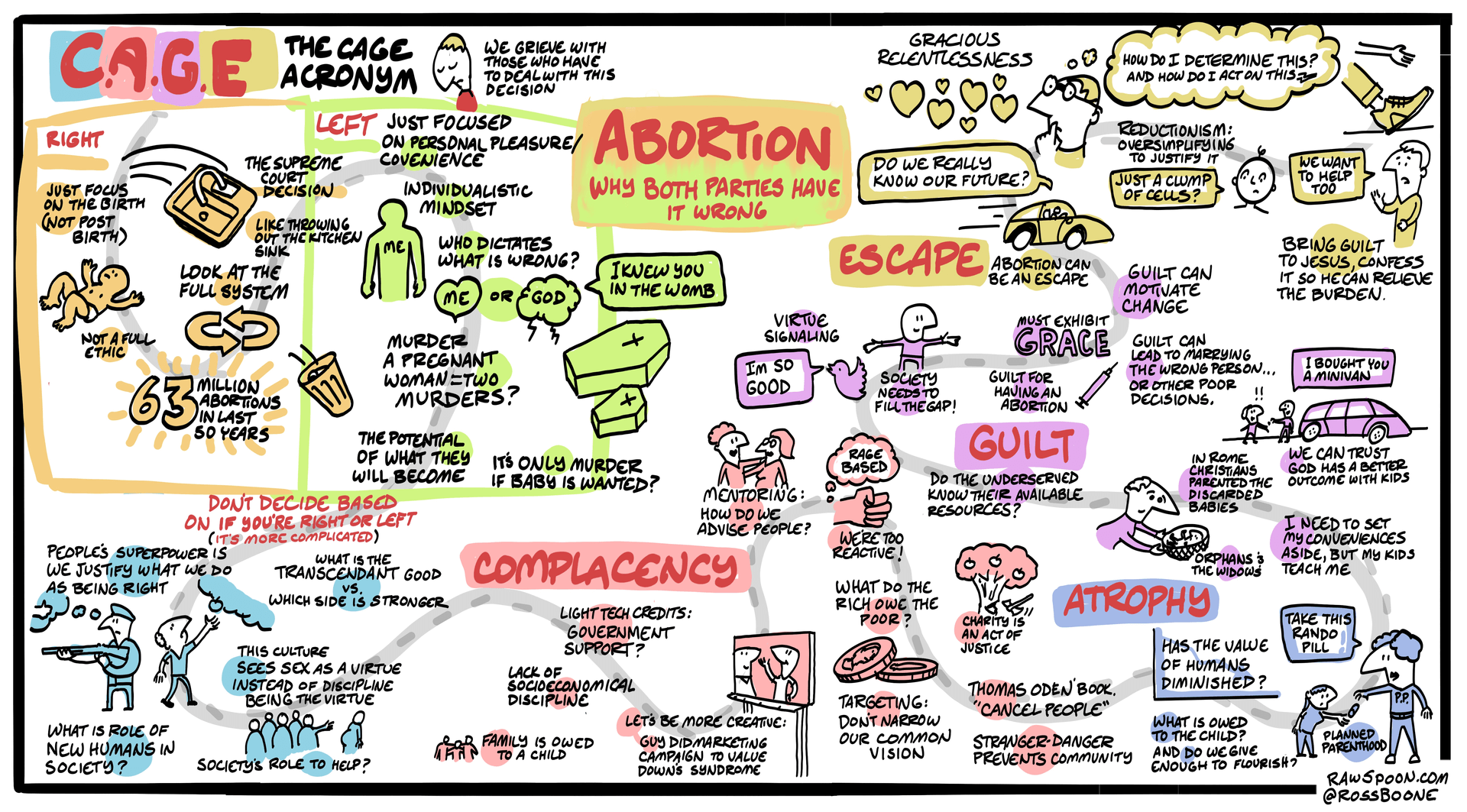 Image by Ross Boone of RawSpoon