It's Official. We're Expecting Our Fifth Child This Fall!

We're expecting another kiddo this fall, and the Montoya household is going from four to five children! What would Matthew (from my twitter conversation below) have thought if he knew the fifth was on the way? 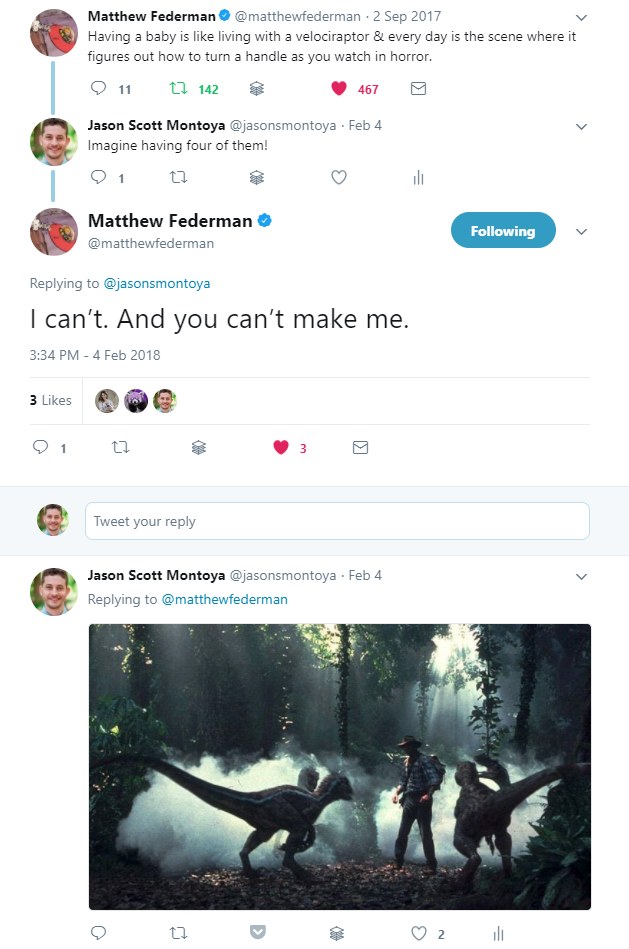 All kidding aside (hahaha)... Both my parents are one of five, so growing up, I had an abundance of aunts, uncles, and cousins. Most of them lived in the same city and it was an awesome experience to have this loving community around us growing up.
When my wife and I moved to Atlanta, my great-grandmother (mom's mom's mom), her son and daughter, lived nearby. She had six children who got married and had their own kids so there were children, grandchildren, great-grandchildren, and great-great-grandchildren. She had an abundance of family all over the country and we got to meet and visit with many when they came to the Atlanta area.
My sisters are all married and each has two kids themselves, with more expected (???) in their future. This means my parents have six kids (including me and my sister’s spouses) and eight grandchildren, with one on the way.
As I’ve watched larger families and compare it to small ones, it seems like a no-brainer, for me, to go with the abundant kid approach. The long-term vision is one I want to cultivate. But, when I look at it with a perspective of the present day, I’m less inclined because of the sacrifice and challenges having children entails. The days when the raptors are loose!
It’s between these two points of view that dictates my vision going forward. Before we had kids, it seemed like a dozen would be a great number but after the reality of kids set in, that number dwindled. Now I’m thinking if we have six and they all get married I’ll end up with the dozen I originally sought out. But, we’ll take our family’s growth one child at a time starting with number five.
Now onto the task of naming this child...