How I Leverage My Kids' Defiance To Teach And Correct Them

We've got four wonderful children under the age of seven. As you can expect, it can get quite hectic and their times of defiance can be problematic. As I was learning to manage this new parenting paradigm, I was interested in finding a highly effective method for disciplining my kids.
To help me out, I reflected on my childhood and thought about the most effective form of discipline my parents did with me. I recalled a time where my dad was punishing me for a behavior I was manifesting. The longer I persisted in my behavior the longer my punishment was.
Simply put, he dictated the punishment, but he put the sentencing in my own control. I absolutely hated this because it forced me to reign in my defiance on my own. It taught me self-control, but it also illuminated my own rebellion. My younger self is grateful my father didn't realize how effective this method was so it was rarely ever used and eventually forgotten. Thankfully for me, and to the likely disdain of my kids, it now lives on in the Montoya household.
So, here's how it works. When my child exhibits an unacceptable behavior I'll tell them to stop. If they don't stop I'll start counting to determine the extent of their punishment. While many parents are counting as a way to delay their enforcement, I'm counting as a way to accumulate the extent of their discipline.
One minute in your room. Two minutes. Three minutes. Four minutes. Five minutes
Sometimes it's their room, the number of toys I take away, the amount of time they have to go to bed early. For each child the consequence is different and sometimes they need adjusting when the counting loses effectiveness. 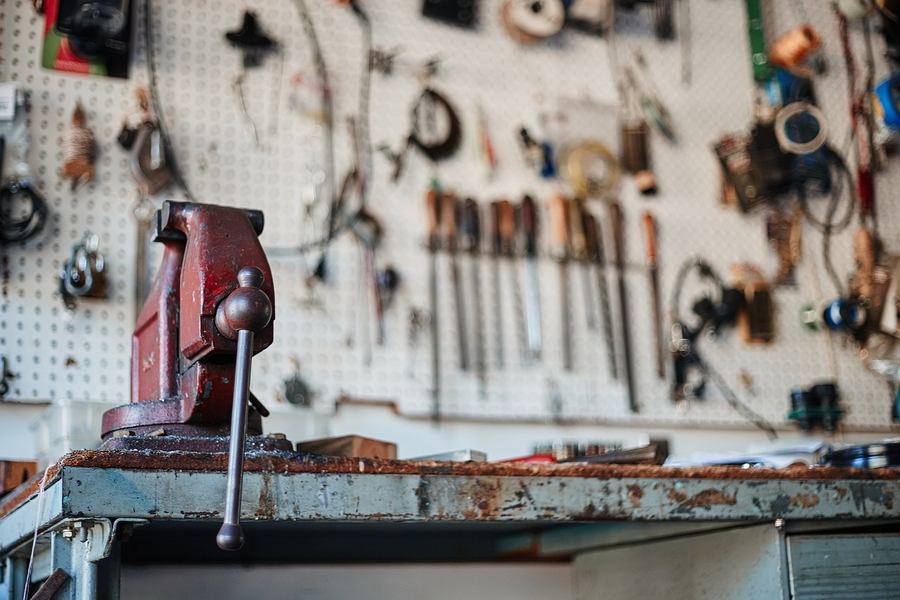 I envision a workshop vice and I'm slowing cranking the tightening bolt as I count higher. The kids usually act worse until they finally submit, but it usually works like a charm.
I also prefer to use the least amount of time or number to effectively discipline them. For my young kids, one minute feels like an eternity to them so counting a minute at a time works terrific. For an older child, it may need to be hours or days. It also might mean taking away their phone or car as opposed to their toys.
What I love about this method is it allows me to assert my authority without verbally or physically doing so. Now there are times I've had to increase my volume and physical presence, but it's not usually necessary. Simply counting while they persist causes them to either obey or increase their punishment.
Recently, I noticed I could also direct them to correct an additional behavior besides the one I was disciplining them for. I noticed my kids had a lot of energy so I had them run around the couch for a number of minutes, determined by my counting during their defiance.
In other cases when I want to teach them self-control and focus, I'll have them go sit on the stairs and count to a number they've determined by their defiance. They've got to keep their hands on their knees and feet on the floor the whole time or they have to start over.
This method teaches and corrects, and it will be one I use for the foreseeable future. While they won't like me during these moments of discipline, their future self will thank me later.