In this Listen to Learn discussion on the Share Life podcast, I'm speaking with David Koyzis. David holds a PhD in government and international studies from the University of Notre Dame, taught undergraduate political science for thirty years, and is the author of two books and multiple chapters and articles.

In a prior episode of the podcast, David and I discussed his book, Political Visions & Illusions: A Survey and Christian Critique of Contemporary Ideologies (affiliate) where he synthesizes the ideologies (idolatries) of liberalism, conservatism, nationalism, democratism, socialism into a larger meta-story.

In this conversation, we're discussing geographic sovereignty. To whom does the land belong? This is the root question that came to my mind when Russia fully invaded Ukraine in 2022. Also, with Kuwait in the ’90s, and Taiwan now, we have situations with conflicting claims of geography and populaces. In the United States, we have differences in the ownership of American land between settlers and natives, and past conflicts about whether the states are obligated to remain in the union or whether America can break off from Great Britain. This conversation is geared towards helping us make sense of and navigate these conflicts. 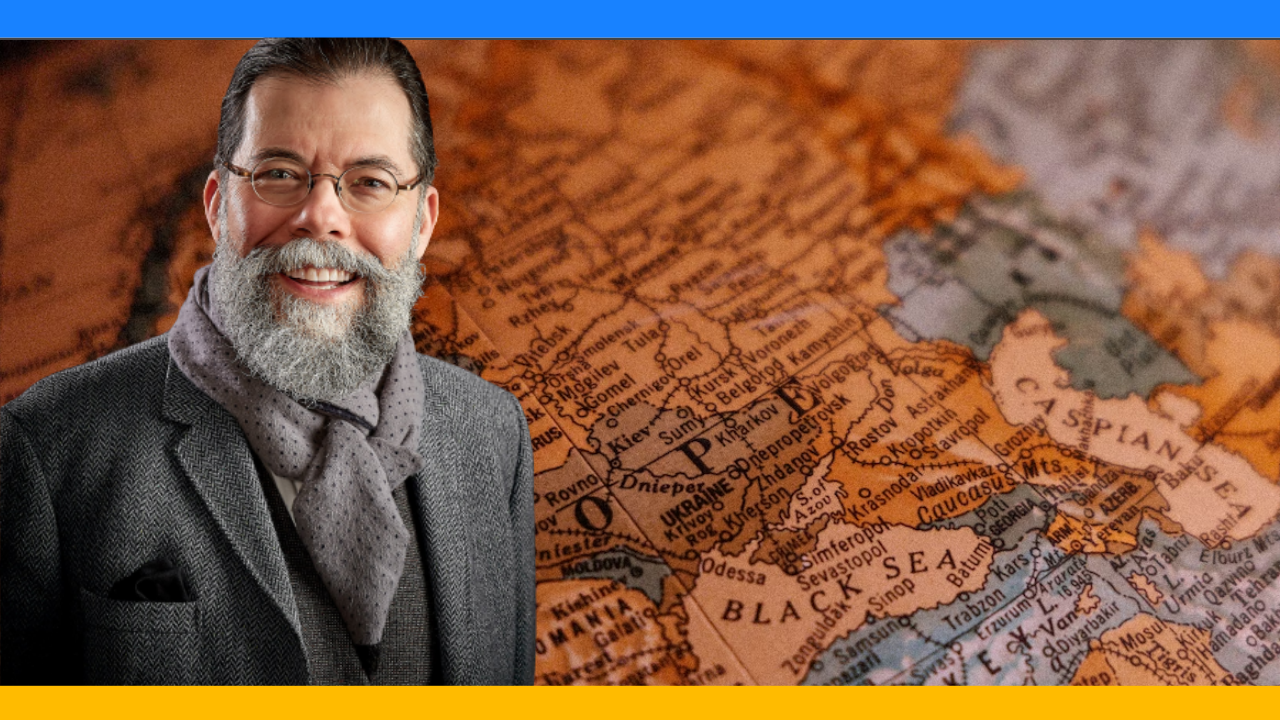 Watch or listen to our conversation below.

Listen To This Discussion

You can also find this discussion on Pocket Casts, Stitcher, Itunes, Spotify, Google Podcasts, and wherever you listen to podcasts under the name, Share Life: Systems and Stories to Live Better & Work Smarter or Jason Scott Montoya.

There are numerous relevant conflicts related to territorial sovereignty. Here are some of David's insights on the various conflicts which we were not able to dive into in this podcast discussion.

In 1990, Iraq invaded Kuwait. Iraq claimed that Kuwait was drilling sideways into Iraq's territory. Those claims were never verified and could have simply been a cover story. Let’s say they were true, would that have justified Iraq’s actions?

David's Answer: Iraq/Kuwait: Although Iraq is not technically landlocked, it is practically so. It has no functioning harbour, while Kuwait does. The UK's role in the Middle East played a large role in separating the two countries. After the division of the Ottoman Empire at the end of the Great War, the borders drawn to carve it up never really resonated with the people on the ground. They were imperial borders arbitrarily imposed on the region. Iraq is probably not altogether viable within its present territory. That certainly influenced Saddam Hussein's action in 1990.

Mainland China believes Taiwan is part of itself and that Taiwan illegitimately seceded and that they are entitled to take it back as they’ve recently done with Hong Kong after Great Britain abdicated control.

David's Answer: China/Taiwan/Hong Kong: Over the centuries the territory of China has fluctuated greatly. Prior to 1895, Taiwan (or Formosa) was a part of China. Japan annexed the island in that year and held it until the end of the Second World War. The civil war between the Republic and the communist forces separated Taiwan from China proper by 1949. Does China have a valid claim? Perhaps. But once again the vicissitudes of history play a role here. As for Hong Kong, it was under British rule from 1841 to 1997 as a result of the First Opium War. Was Britain's annexation unjust? Probably so. But certainly, after the communists took China, the people of Hong Kong preferred to remain under British rule. What should Hong Kong's status be? It would probably function best as a Singapore-style city-state, but that's not to say that China does not have a legitimate claim to the territory.

Many people often claim North American countries stole the land from the Native Americans. This implies that the one who gets it first is entitled to it. On the flip side, many Native Americans would say that no one owns that land, and they are simply living and honoring nature in harmony. In modern times, we have independently Native American states that are uniquely nested in the United States. In 2020, a Supreme Court ruling gave the natives a large portion of Oklahoma, due to a past commitment by the USA.

David's Answer: The US/aboriginal groups: From our vantage point, the occupation of North America by Europeans looks like an unjust seizure of someone else's territory, but that's not the way it was perceived in the 16th-19th/20th centuries. Here in Hamilton, some of our church bulletins acknowledge that they sit on traditional Haudenosaunee lands. But they say nothing about the people who lived here before the Haudenosaunee moved in. Obviously, those of us with European ancestry cannot move back to Europe. But something must be done to recognize what happened to aboriginal peoples.

Why Can't, morally speaking, the south cede from the USA?

David's Answer: This of course was settled on the battlefield in 1865. But the issue was not a simple one. The southern states' governments argued that they had entered the union voluntarily and that they could leave voluntarily. There was nothing in the US Constitution to prohibit secession. Under the 9th and 10th amendments, perhaps the states had the right to leave. Lincoln disagreed, of course. The issue was complicated by the evident injustice of chattel slavery. What would happen if a state moved to secede 150 years later? Would the US go to war to prevent it? It's difficult to imagine it would, but who knows?

Is there any form of transcendent geographic sovereignty with which we can align? Is there any way to reconcile all these competing perspectives? Is there a meta-story that makes sense of them all?

David's Concluding Thoughts: As you can see, attempting to find a general principle to apply to all of these cases is next to impossible. I would say that they must be dealt with on an individual basis. If there is a general principle, it must be rooted in the divine mandate of governments to do public justice to the individuals and communities under their respective jurisdictions. If a government fails in this task in a fundamental and irremediable way, then perhaps separation of an unjustly treated territory is warranted. (Britain and Ireland would be good examples of this.) If so, then the best way to address the situation is through bi- or multilateral negotiation rather than the battlefield.