Catch and Release or Catch and Keep? How Letting Go Can Bring Us Together.

Fishing! I love it. I love catching fish, and enjoying the time sitting back, relaxing and spending time with others. When we go fishing, we use a hook in our bait so when the fish bites, they can't get away. Simple, but it works.
When it comes to hook types, there are two categories. The first is barbed hooks, and the second is barbless hooks.
A barbed hook is a hook with a second hook that goes the opposite direction. With a barbed hook, once it goes in, it can't easily come out and when it does, it usually damages the fish. We use this type of hook when we want to make sure the fish cannot get away while we reel it in, and barbed hooks are usually used for catch and keep.
A barbless hook is a one way hook. It pierces what it pokes, but it comes back out without much resistance or damage. When we are using a barbless hook, it allows us to catch the fish, and let them go without hurting them further. The downside is sometimes the fish gets away because there is no barb to keep the hook from coming out. Barbless hooks are usually used for catch and release.
When it comes to organizations and their team, there are those who catch and release, and there are those who catch and keep. Those who catch and keep, use barbed hooks. This is where they commonly create environments and circumstances which would keep their employees from leaving in a situation where a separation is best for the relationship.
On the flip side, there are team members which also practice this same behavior. They setup systems and circumstances which creates dependencies on themselves, and the deeper rooted they become, the more difficult it is for either side to part ways, even when it is best for the relationship.
This behavioral pattern of creating dependency in either direction is like the practice of using barbed hooks in fishing. From either perspective, and in this mode, we are looking to catch and keep, even when it means maintaining the relationship will hurt someone. Why do we choose this method? We want to survive, and anchoring ourselves deeper leads us to believe we are ensuring our survival. While It is understandable, it can also be damaging to the people involved.
Instead of creating a system of mutual dependence, what if we created systems which facilitated independence of both parties? Imagine an experience where we choose to rely on both parties choosing to stay in the relationship, instead of an unhealthy underlying motivation forcing us to stay together. While having a beautiful result, this relational ecosystem of catch and release is both empowering and terrifying at the same time.
Catch & Release Lived Out 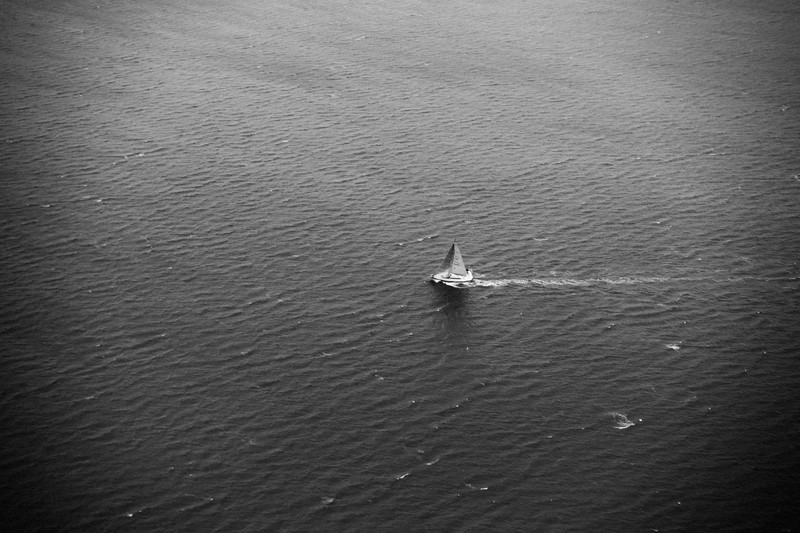 In the fishing metaphor, I see mutual independence as catch and release (Barbless). How might this play out in the business arena? At Noodlehead Marketing we believed this philosophy, and it manifested externally with our team when we sought clarity on direction. Where it became most prominent was when we went through a process where we determined what our company's purpose, vision, mission and core values were. We became intentional in our efforts and we believed in surrounding ourselves with team members who shared our intent. After we went through this process, we took our team through the same journey. This is where we all identified our personal purpose, vision, mission and core values. Ultimately, this process resulted in the departure of three team members.
Through this experience, one of our team members realized where she wanted to go in her life, and the efforts of Noodlehead Marketing were not taking her there. In fact, we had become a distraction to her personal vision. When she realized it, we talked about it, and we came up with an exit plan to help launch her forward. We were sad to see her go, but at the same time we believed it was also worth celebrating.
A similar situation played out with another team member where we helped launch him into his next career. Our company acted as a bridge to help him switch industries in his job journey. When it finally concluded, we did what we could to help him achieve his goals and launch him forward.
In our efforts to serve each other in this way, it played out from our intent to catch and release. We didn't own the people who worked with us, so it was best for us to operate with a stewardship mindset. When we know there is an end, it can act as a catalyst for making the most of our time together, and creating the most energy for us to part ways on positive terms. Letting go of control, and trusting others in our relationships, is the type of connection which has a lasting impact on our lives and businesses, not matter how scary it might feel.
When we saw our company, we always saw it as a springboard to what was next. When it was finally time for all us to launch forward by shutting the company down, we had a great foundation to spring from. For those who intend to stay in business for the long run, the best team we can have is the team who chooses to stay because they are in alignment.
How about you, how will you lead others going forward? With barbed (Catch and Keep) or barbless (Catch and Release) hooks?