Agent Fat: A Film That Never Was

Why I Wrote This Story

I have always had a heart for being an example and inspiring others, and I believe sharing this story allows me to be this example in a public way. Stories encourage us when we get knocked down and when it gets hard. When we are in tough places in life, knowing we are not alone can mean everything to us in these times of struggle. When we feel like we are alone, it's difficult to get back up and it's draining to move through the valleys of life. As I share my story, my successes, my fears and my failures I believe it will inspire you to greater heights and lengths as you seek to fulfill the vision for your life.

I love hearing and sharing stories.

The first time I remembering telling a story through video was when my friend and I found a video camera in his house. The camera was old, even for the time, but it worked. I had just recently watched the behind the scenes video for Saving Private Ryan and was inspired to make a film. Finding the camera made a way for us to tell our story. With this new tool and my inspiration, I proceeded to work on a story of my own. It was going to be a story about a soldier facing a giant. I wrote out a two page script called "Agent Fat". Now, we were ready to make our movie. Unfortunately, circumstances did not allow us to make our movie and so the project got temporarily put aside.

About a year later, I took a high school class about the study of films. I loved this class. Watching movies and talking about them was heaven for me. During the class, one of our projects was to tell a story through video. I decided my project would be the Agent Fat project I wanted to do. I had already written a script so it seemed like a wise course of action. Since I was learning 3d animation from my uncle, I thought I would animate the story. I was excited to put my new skills to the test and tell a story I had incubated for several years. During that semester, I put to use the several computers I had acquired in my personal animation studio. (My personal animation studio was several computers located in my bedroom.) With the help of some friends doing voice overs for the different characters and my hard work creating and animating, the project was completed.

Now I believe it's important to understand, during this time 3D animation was new even in mainstream films. Toy Story and A frontbodytemplate Bugs Life had come out but there was not much else out there. I felt awesome because I was so innovative and ahead of my time making movies as a high schooler. I thought I had a bright future ahead of me and there was nothing I couldn't do. I ended up finishing the project and showing it to the class. After winning some class awards, I was happy to truly take another step towards my future of storytelling through video.

I proceeded to make several live action films. It turned out, the problem I had was I tended to want to share the story before it was ready to be shared. I began working on the story and script. I wanted to make the film before the planning and groundwork had been finished. This resulted in many unfinished or poorly finished video projects. There were lots of great ideas, but the execution did not accurately reflect the vision. I was a great starter but a poor finisher. Once the excitement and energy was gone I wanted to move onto something new. I was always chasing the future and what was next. I struggled with living in the present moment.

As time progressed, I decided to make a second Agent Fat. I wanted the sequel to be bigger and better. I wrote out the script and started working away. There was a lot more work involved in this project so I had to teach some of my friends animation so they could help me. I also found resources on-line I could use to help me get further ahead more quickly. Being a clever problem solver I was seeking the path of least resistance to create the picture I had in my mind. For me, I had built up a reputation of making movies and sharing them. Now, I had to be able to deliver. Agent Fat 2 was my biggest project yet, so I decided to premiere it at my 18th birthday party. We planned to show it at our church, and I invited every person I knew.

I wanted to impress everyone, and I was setting the stage to do just that. The movie premiered, and I was anxious. I wondered how it would be received and what others would think of it. As it concluded the nerves and the sweat continued but at least it was over. I don't remember what people thought about it, but we were having so much fun together it didn't matter. The community was what mattered to me. 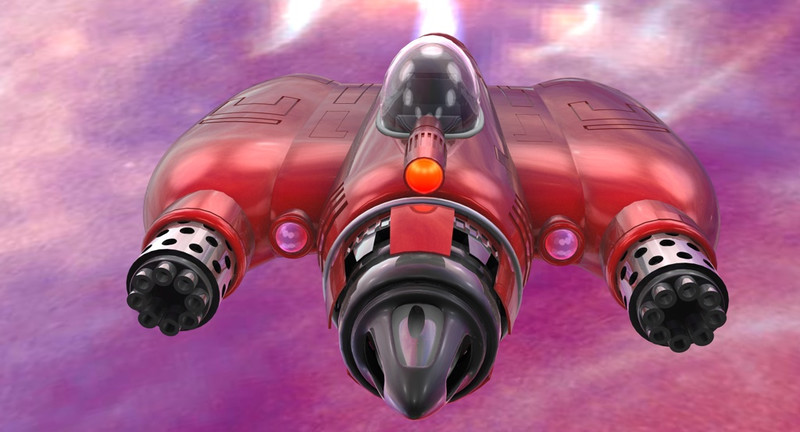 I created a couple other video stories, and I had whet my appetite enough to know I wanted to get more serious and make a real movie. With our motivation, my wife and I decided to leave the little city of Flagstaff to move to the big city of Atlanta. Atlanta would be where we would pursue our dreams of film making. I would go to school and get a degree in animation while making contacts and building a team to make the movie.

I began building a talented team of artist and creative people. Our team started creating concepts and models to be used in our investor pitch. I created my proposal, built a budget and created a target list of potential actors who would voice the different characters in this story. I was ready to make a movie, now I just needed the money to fund our dream. There was a lot riding on me. I had moved here to make movies, and I had built a team to make this movie so it was important we made this work.

I connected with an investor who was putting together a portfolio investment of film projects, and she agreed to include my project in her portfolio. All the hard work in planning we had done seemed to finally pay off. I was excited. We were finally moving forward with our dream. I told friends and family what was happening, and we waited for everything to come through. We would finally be able to do what we always dreamed of doing.

Now we had to wait. 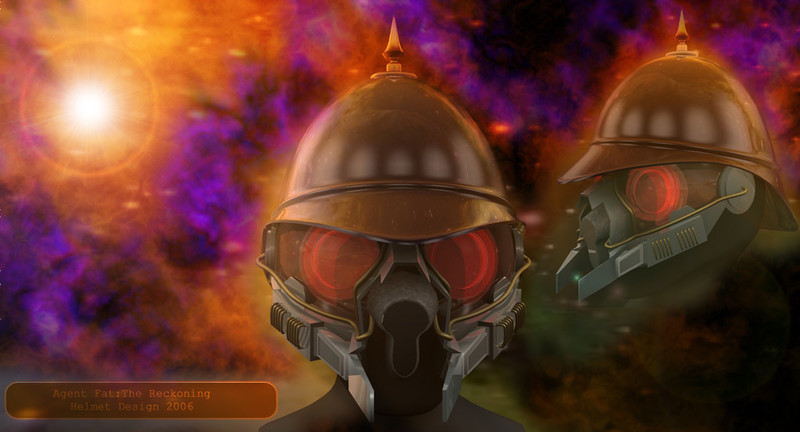 I kept waiting. And waiting. I continued to call the investor to ask how things were moving along, and I was told about delays, obstacles and roadblocks that were keeping the funding from happening. I was still hopeful but I was getting concerned and my wife and team were asking me the same questions I was asking the investor. I gave them the same answers I was given. I was trying to keep an upbeat attitude, but I knew it was all falling apart. Heck, I even wondered if it was even real to begin with. Eventually the investor told me the entire deal fell through, and there would be no funding for any of the projects.

I was crushed. All my dreams and aspirations were just ripped from me, and everything I thought was going to happen, didn't. Now, I had to go back to everyone and give them the crushing news of what had happened. So much work had been put into this, it was hard to think we were not going to do what we had hoped for.

I was upset and disappointed. What do I do next? Where do I go from here? In way, I felt like I had to start all over. I started to wonder if it even made sense to pursue the dreams I had. It seemed too hard and difficult. Out of my jadedness and desire to control my own destination I started to think I could make my own way towards my dreams. Others had let me down so I thought I needed to do it myself. spacefighter06 large

I attempted to make a short film using a few scenes from the film, but the project eventually faded into the background as other investor leads and grants failed to come through. It seemed the project was not going to happen, and the team began moving on in their respective paths. As a result of my jadeness, I felt I had to take control of my destiny. Since I was unable to get funding from someone else, I decided I would fund it myself. My motivation was to create a successful business and leverage it's influence and affluence to make movies.

In early 2007, we moved forward with Noodlehead Studios as a business, and we began building a new dream. I held onto Agent Fat for a few years afterwards hoping something might happened, but it eventually faded away. While this was an ending of one chapter it led to the start of another chapter. This new venture would lead to my personal transformation and ultimately back to the storytelling I loved.

Special thanks to my parents and family for believing in me, and thank you to those of you who bought my Agent Fat merchandise. I know I probably missed someone so thank you to you! 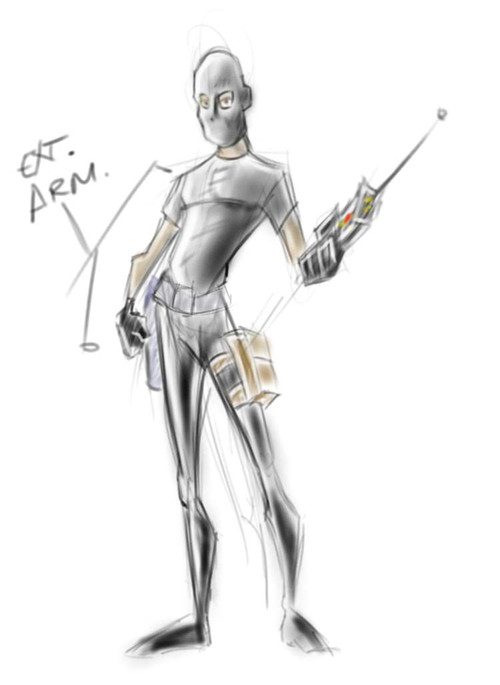 The year is 2075 and Terrance Revlan, an ambitious former general known as Agent Fat, rises to the head of the United Nations. He has elevated himself to a higher leadership role for his public support and role as a figure for global peace.

After assuming power he executes plans for a fraudulent war between the Middle Eastern Union and The European Collation of States. After a major massacre in Europe, Agent Fat brings the leaders of both forces to the UN and negotiates a three year peace treaty with the two foes, deceiving the public into believing that he is their savior.

After the treaty has been signed, he is able to convince the UN and the entire world to reform into a United Global Nations creating one borderless country controlling the entire world.

Lt. Colonel Marine Daniel Elston, who fought side by side with Agent Fat years ago, begins organizing a rebellion force to assassinate Agent Fat and stop this rising threat. The assassination attempt is foiled and used as a public spectacle to politically execute the rebellion.

After the failed assassination attempt and public deception, Daniel seeps into a life of hiding and running from any further interaction from people, leaving the rebellion behind.

Agent Fat creates a secret task force to hunt him down. As members of the rebellion are captured, they are humiliated in fraudulent court cases with public executions.

Convinced by the deaths of his friends and comrades, Daniel rejoins the rebellion and stages an attack on the United Global Nations Capital City. Using the attack as a distraction, Daniel hopes to gain enough edge to finally take out... AGENT FAT.